Benefit from -5% on the price of your stay

The Inn Design hotel at La Rochelle is a 3-star hotel which is within easy driving distance of the A10 and A837 motorways.

A stay at the Inn Design hotel in La Rochelle provides you with a great opportunity to discover this centuries old city with its stunning history and culture! The exciting history of La Rochelle will be revealed bit by bit as you visit its secret streets, its towers and the old harbour, and as you take in its unusual architecture…

The hotel is ideally located close to the shopping areas and city centre, making it perfect for business travellers as well as tourists!

We make a point of looking after our guests, so we provide a wide range of services and facilities… 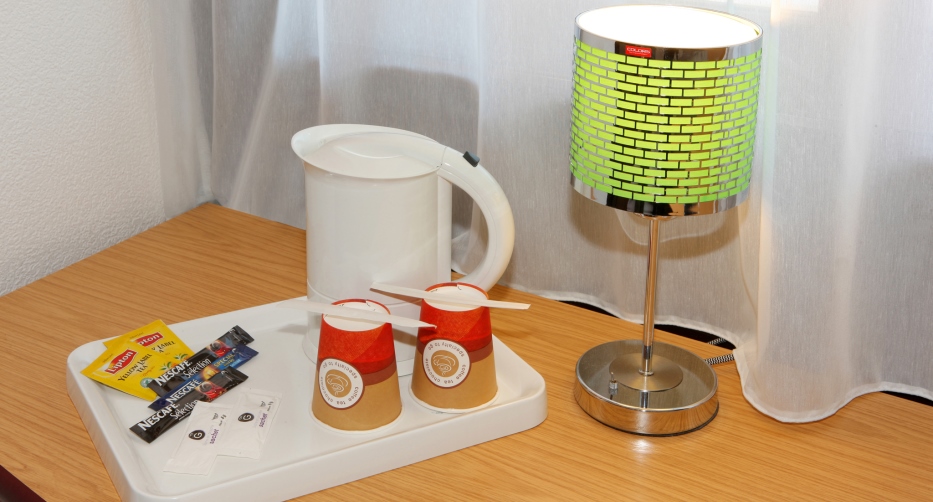 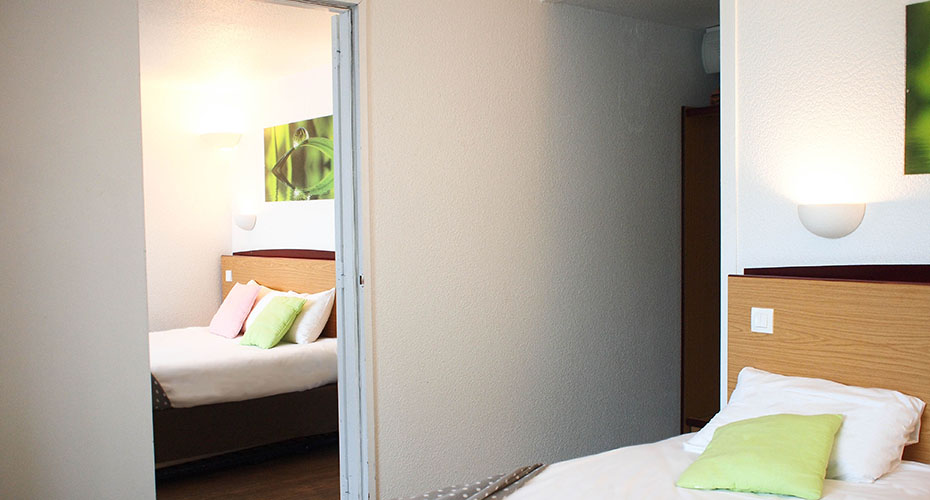 The Inn Design hotel at La Rochelle has 43 comfortable bedrooms where you can unwind and relax. All the hotel's bedrooms have an ensuite bathroom with a hairdryer. They have a clothes rack, a desk with a lamp, and an LCD television.

BUFFET BREAKFAST
Start the day off in style by enjoying a filling breakfast at the Inn Design hotel in La Rochelle! It's a self-service buffet so you can treat yourself every morning by choosing from our range of homemade pastries and our fruit juices, lemonade, coffee, tea, milk and hot chocolate... as well as lots of other sweet and savoury dishes! 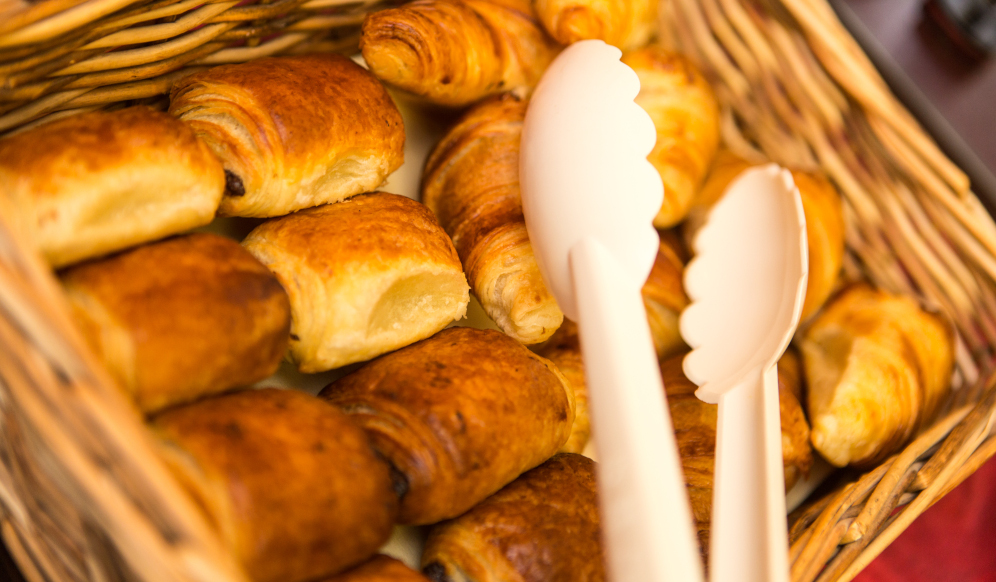 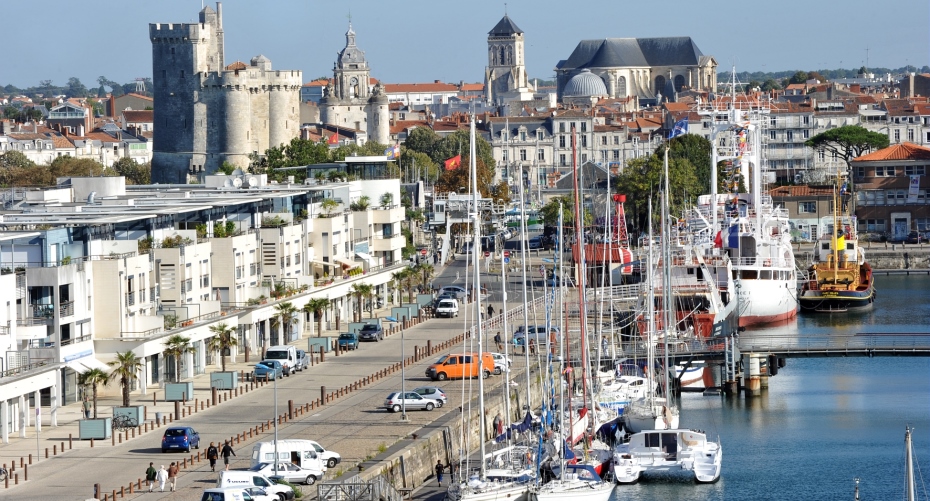 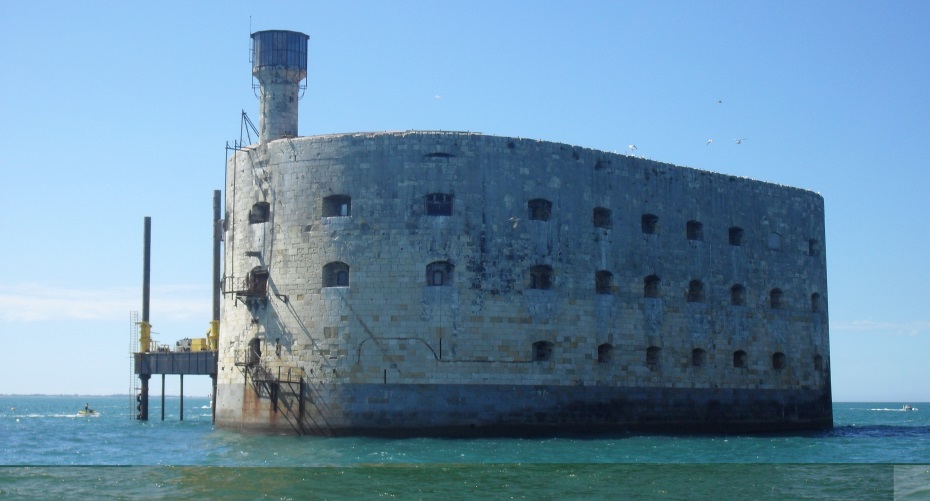 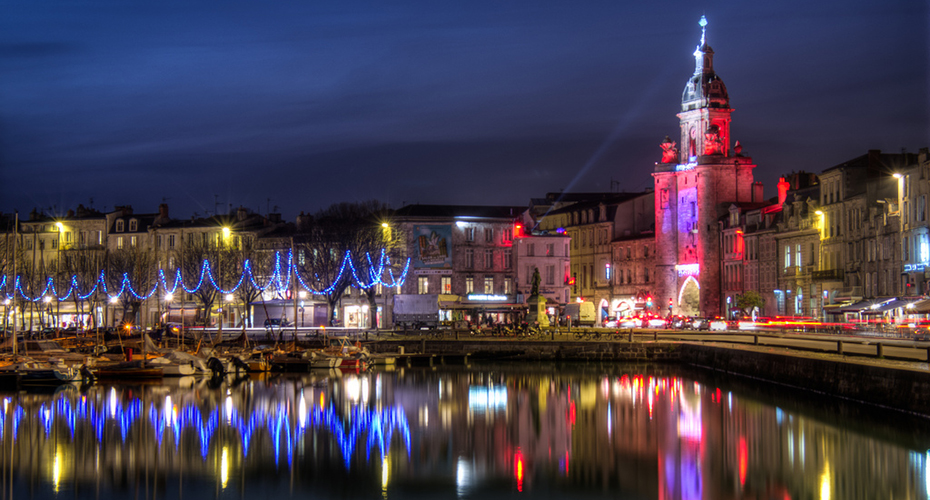 Are you intending to stay for longer in La Rochelle, the historic capital of the Aunis fiefdom? Whether you're staying for the weekend or on holiday, the city has a wealth of cultural and historic treasures to explore… You'll be amazed and surprised at what there is to see!

The old historic harbour is known throughout the world mainly on account of the two towers which guard the entrance to it: the Tour St-Nicolas and the Tour de la Chaîne. The Tour St-Nicolas was built in 1372 after the city's liberation from English domination, and it is a symbol of the city's sovereignty. Its role was to protect the harbour from the perils of the sea. A chain used to be drawn across the entrance to the harbour from the Tour de la Chaîne to the Tour Saint-Nicolas every evening to prevent boats from entering. This tower was also used as a gunpowder store. Now there is an exhibition there about migration to New France (France's former North American colonies) to mark the 400th anniversary of the founding of the city of Quebec.

Situated in the heart of the city, this is one of the most important private aquariums in Europe. It will take you on a journey of discovery which includes the biodiversity of the Mediterranean, the tropical oceans, and the Atlantic. Explore the depths of the oceans and see the scary, delicate or multi-coloured animals that live there.

The art and history museums (Musée des Beaux-arts and Musée du Nouveau Monde) are run by the same body. The Musée des Beaux-Arts is located inside the Hôtel Crussol d’Uzès which was built in the reign of Louis XVI. You'll find a huge range of European art there extending from the 15th to the 20th centuries. As for the Nouveau Monde museum, it symbolises the links between La Rochelle and America from the 16th century onwards.

Wander around an imaginary world full of miniaturised ships, cars, trains and airplanes.

This houses a huge collection of 300 automatons which were unearthed over the course of three decades in bric-a-brac shops or auctions, or were obtained from collectors and antiques dealers in the main capitals of Europe: Paris, London, Berlin.

Director of the publication :Patrick Gouin

Right of rectification
The law of January 6, 1978 relating to data processing and freedoms guarantees you a right of access and of correction for the data concerning you by contacting us by :

Copyright
The whole of this site concerns the French and international legislations on the royalty and the intellectual property. All reproduction rights are reserved, including for iconographic and photographic documents. The reproduction of all or part of this site on any electronic medium whatsoever is strictly prohibited without the express permission of the director of the publication. The reproduction of the texts of this site on paper is authorized subject to the respect of the 3 following conditions: free distribution, respect of the integrity of the reproduced documents: no modification or alteration of any kind, clear and readable quotation of the source in the following form - for example: "this document comes from the Internet site...". Reproduction rights are reserved and strictly limited.

By browsing this site, you agree to the use of cookies only for statistical purposes. We do not collect any sensitive or personally identifiable information. Furthermore, we do not trade or sell your personal data.